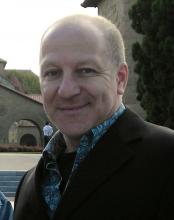 Keith Eggener is Marion Dean Ross Professor of Architectural History at the University of Oregon. Previously, he taught at the University of Missouri, the University of Nevada-Las Vegas, and Carleton College. He is the author of the books Luis Barragán's Gardens of El Pedregal and Cemeteries (part of a series from the US Library of Congress) and of numerous essays, reviews, and book chapters about art, architecture, landscape, urban design, cinema, photography, and material culture, primarily of 20th century Mexico and the United States. His essays have appeared in the Journal of the Society of Architectural Historians (JSAH), Winterthur Portfolio, the Journal of Architectural Education, American Art, Places (where he is a columnist), and elsewhere. Eggener also edited the collection American Architectural History: A Contemporary Reader and has been on the editorial or advisory boards of the 60-volume Buildings of the United States series, the JSAH, Places, the Foro de Historia y Critica de la Arquitectura Moderna, and the AMSJ: American Studies Journal. Currently he is editor of the JSAH.

Works by This Author