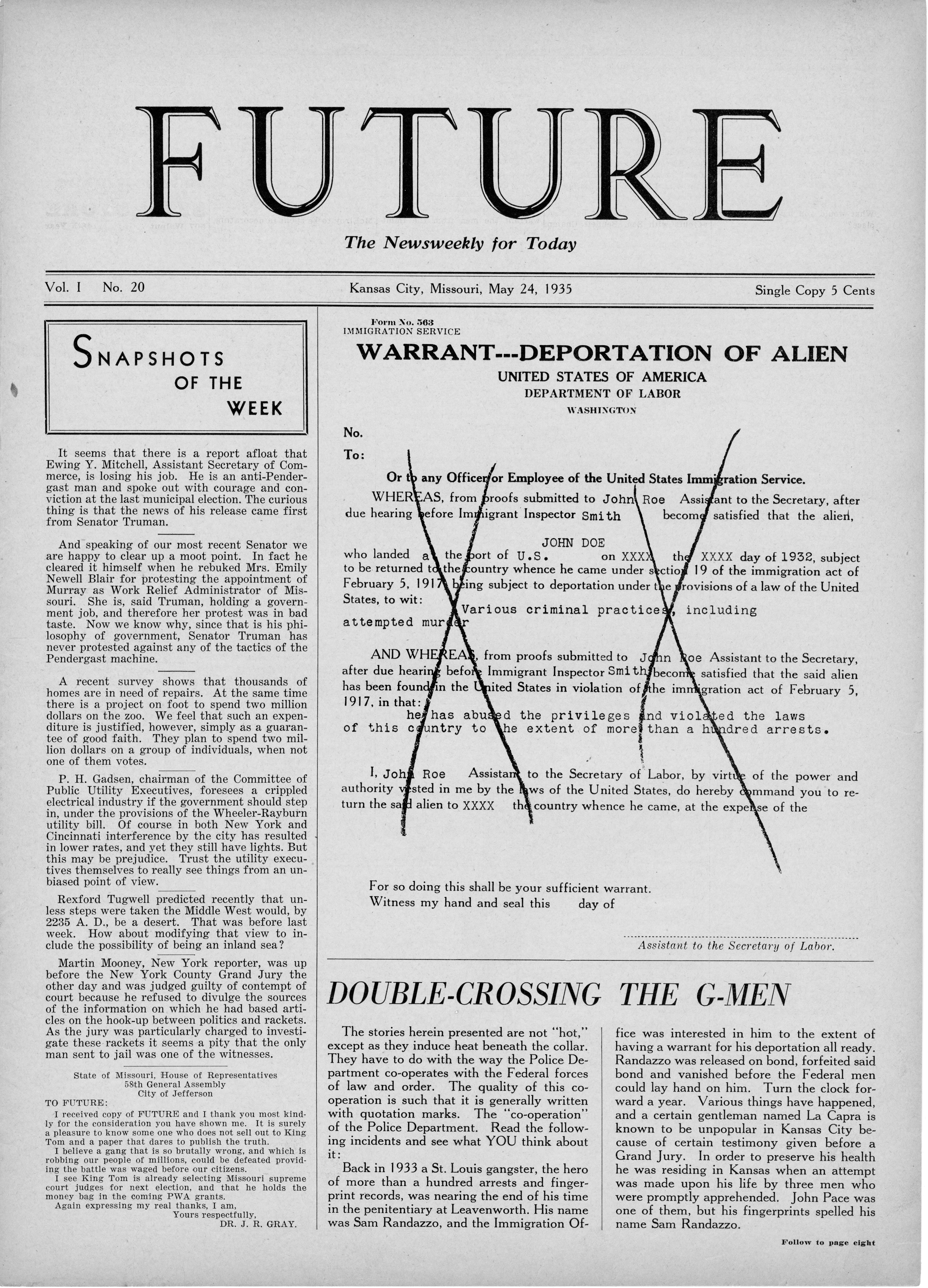 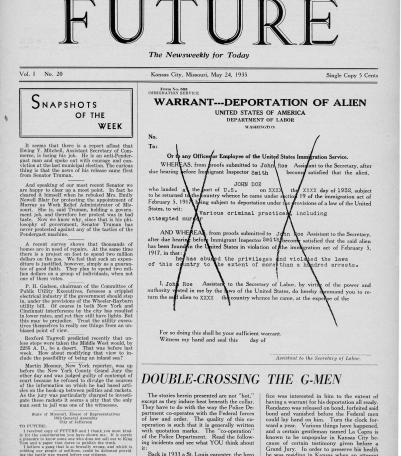 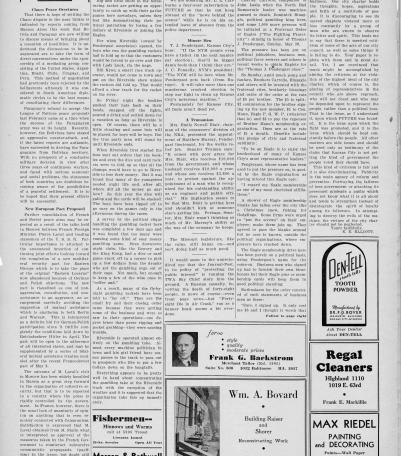 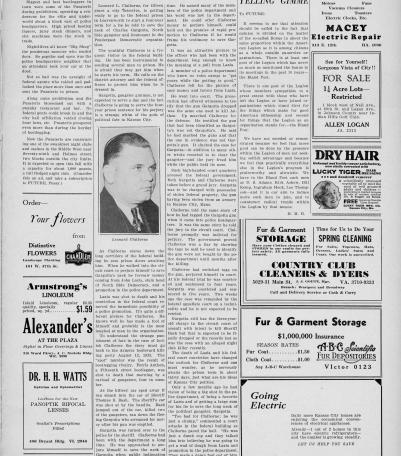 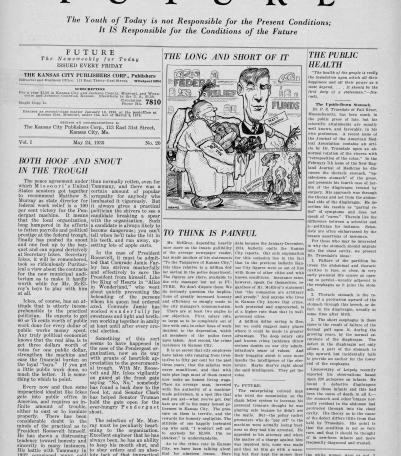 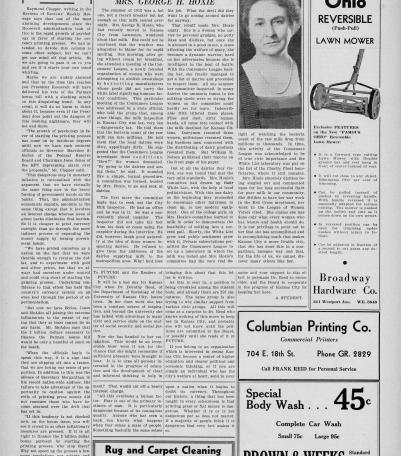 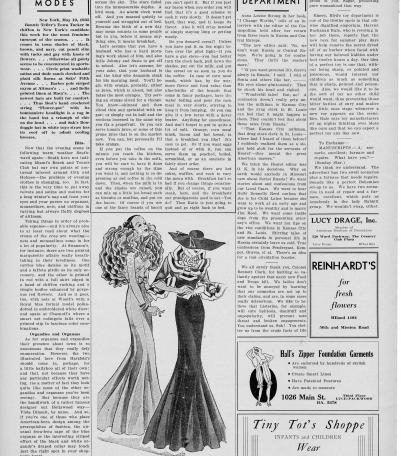 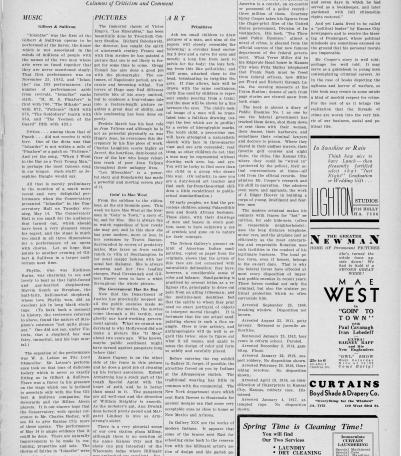 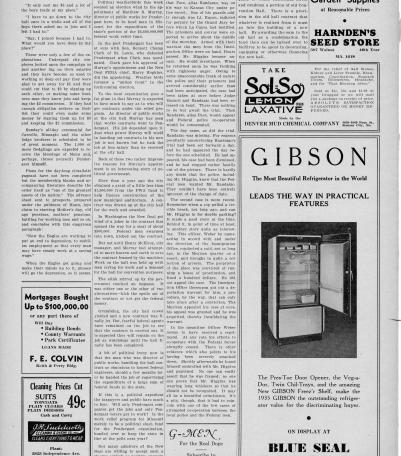 Issue of the anti-corruption, Kansas City-based newspaper, Future: The Newsweekly for Today. The front page includes an article, continued on page 8, about the escape from federal police in Kansas City of Sam Randazzo, "a St. Louis gangster" being released from Leavenworth, with the help of police officials Otto Higgins and Jeff Rayen. Other featured articles include: “Patriots Go to Riverside” (p. 2), about the gambling on horse racing in Riverside, Missouri, "(owned by Pendergast associates)" and its effects on gambling salons or saloons in Kansas City such as "the Bowery and the King Kong"; “The Eagle Hovers” (p. 2), about the meeting of the Fraternal Order of Eagles (led by Conrad Mann) in honor of Thomas J. Pendergast to initiate 1,000 new members affiliated with the local Democratic Party including Charles Carrollo ("companion of John Lazia when the North End Democratic leader was machine-gunned to death"), Dominick Binaggio ("political gambling king here"), et al.; “New Pussys” (p. 3), about the "Pusateris" operating gambling machines, prostitutes, bootleg liquors, and "juicy steak dinners" "about a block east of police headquarters" during the Prohibition era, moving in 1935 to a new building near 79th and Holmes Streets "outside the city limits" and projected to be "one of the swankiest night clubs and casinos in the Middle West"; “Pathetic Case of Leonard Claiborne” (p. 3), photo and article about Leonard Claiborne, "for fifteen years a city detective" for the Kansas City Police Department and sentenced to "a four-year term for a lie he told to save the neck of Charles Gargotta, North Side gangster" under John Lazia in 1933; and “May We Present Mrs. George H. Hoxie” (p. 5), photo and profile of Ida S. Hoxie, who worked with the Consumers’ League to ensure that local dairies were hygienic and was also active with the Red Cross and League of Women Voters; also included in the newspaper are advertisements for local businesses and articles on fashion, finance, cooking, music, art, and national and international news.