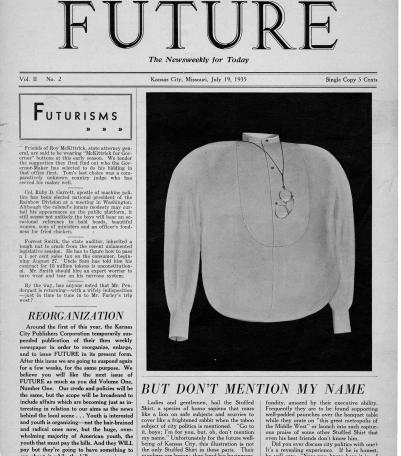 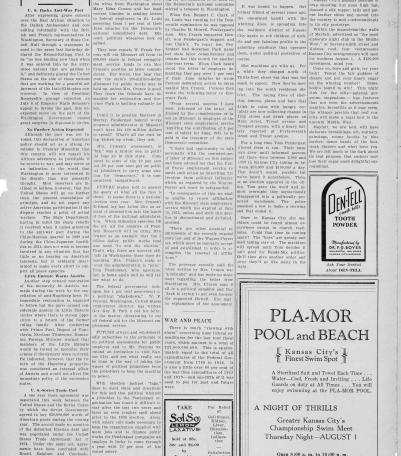 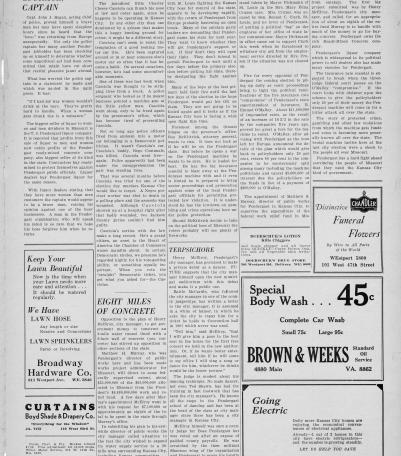 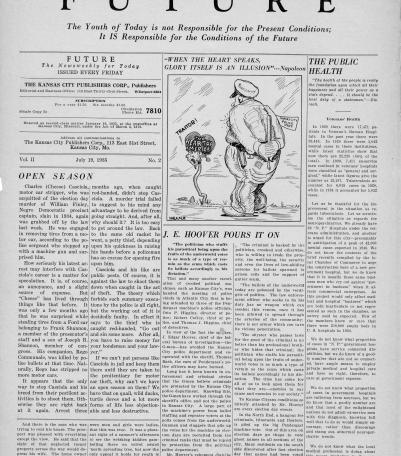 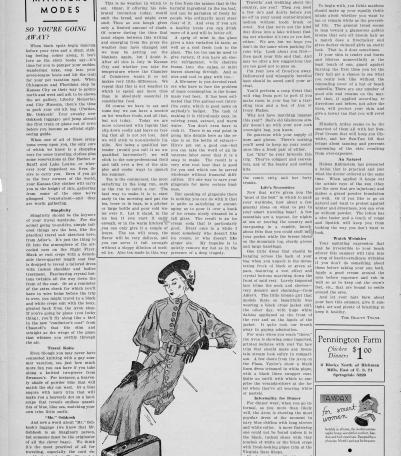 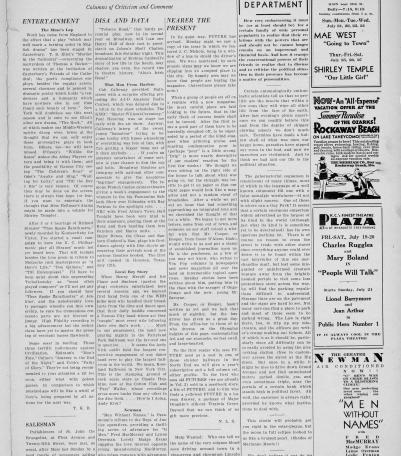 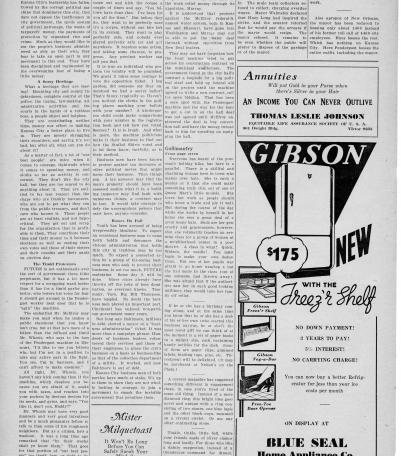 Issue of the anti-corruption, Kansas City-based newspaper, Future: The Newsweekly for Today. The front page includes a notice that Future’s publishers plan to temporarily suspend publication to reorganize the paper, and also note that “youth is interested and youth is organizing,” and “FUTURE is their paper.” Other featured articles include: “Why Charge a Cover?” (p. 2), about the plans for a high-class night club at 79th and Holmes Roads called Mayfair, "advertised as 'the most elaborate night club in the Middle West" with "elaborate furnishings, art, statuary, paintings, roomy booths in blue leather, dance bands of the best steak dinners and what have you"; “The Fireworks Are Coming” (p. 3), describes efforts by St. Louis politicians “fighting the Kansas City boss for control of the state,” and naming numerous scandals they could use to weaken Pendergast’s hold on state politics, including the insurance scandal involving state superintendent of insurance, R. Emmet O’Malley, and the control machine-aligned Matthew S. Murray wields over federal relief funding in the state; and “May We Present Mabelle Glenn” (p. 5), a photo and profile of Mabelle Glenn, "director of music for the public schools" of Kansas City since about 1921 and a native of Illinois, "elected national president of the Music Supervisors' Conference, the first woman in many years to hold the office"; also included in the newspaper are advertisements for local businesses and articles on fashion, finance, cooking, music, art, and national and international news.