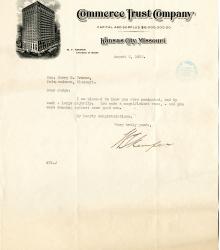 Letter from William T. Kemper, Sr. of the Commerce Trust Company to Harry S. Truman congratulating him on his Democratic nomination for Judge of Jackson County, Missouri. 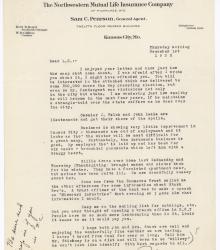 Letter from Ruby Henshaw describing the results of the recent elections in Kansas City, remarking that Tom Pendergast and his affiliates were victorious. She also comments on the poor state of economic affairs in Kansas City, and also provides some personal updates and business suggestions for Stark's nursery & orchard operation. 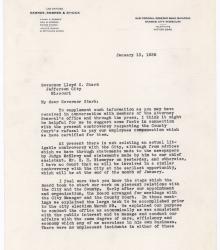 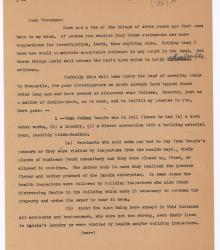 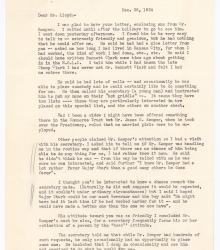 Letter from Ruby Henshaw to Lloyd Stark, who had provided a letter of introduction to Mr. Kemper of Commerce Bank. She reports on her efforts to obtain a job through Kemper. 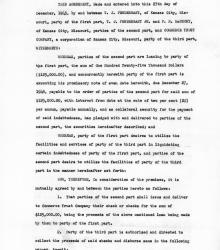 William Thornton Kemper moved to Kansas City in 1893 and established himself as a grain merchant, working out of the Kansas City Board of Trade. Over the next decade, he reaped profits from several organizations of his own creation: Kemper Mill and Elevator Company, Kemper Mercantile Company, and Kemper Investment Company. An avid Democrat, Kemper had a lifelong taste for politics. He ran for mayor of Kansas City in 1904, losing in a year when the Democratic vote was split by a factional rift. He made another run for mayor in 1906 on an “anti-bossism” platform, but his party’s nomination went to the Democratic machine-backed candidate. In the same year, he headed an affiliate of the National Bank of Commerce, and over the next two decades, the bank headed by Kemper evolved into the Commerce Trust Company. Kemper remained interested in politics and served as Missouri’s Democratic National Committeeman from 1924-36. 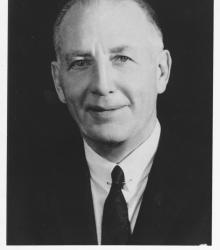