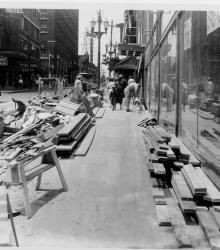 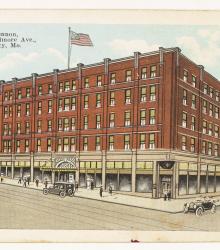 Postcard of the Glennon Hotel at the northwest corner of 12th Street and Baltimore Avenue. The hotel operated from 1920 to 1930 when it was razed and replaced by the Phillips Hotel. Harry S. Truman and Edward Jacobson operated their haberdashery, Truman & Jacobson, Inc., out of one of the ground floor units of the Glennon Hotel.