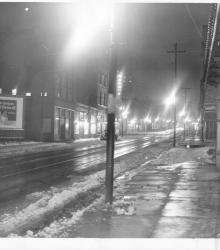 Photograph looking west from the northwest corner of Charlotte Street and 12th Street. The Marquette Hotel and Jackson County Courthouse is pictured in the background. 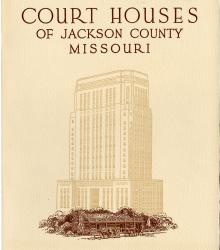 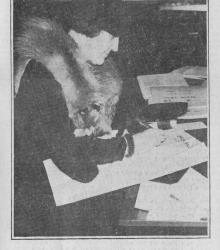 Voting in Courtroom During 1936 Election 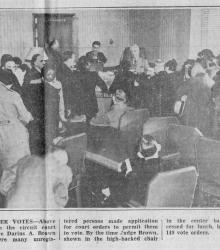 Clipping entitled "Court Order Votes" from the Kansas City Journal-Post on November 3, 1936 showing Kansas Citians voting at various polling locations on General Election Day. The caption states, "Above is a scene in the circuit court room of Judge Darius A. 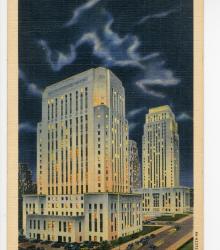 Postcard of the Court House (foreground) and City Hall (background) in Kansas City, Missouri at night. This vantage point faces north-northwest just east of the intersection of Locust and 13th Street. The back of the postcard includes a short letter from Frank Gilbert to Peggy Moore of Fremont, Nebraska. 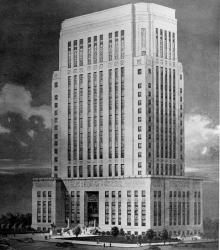 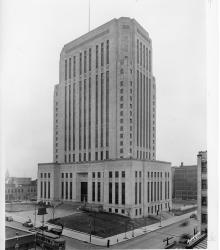