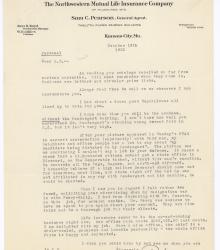 Letter from Ruby Henshaw to Lloyd Stark. She describes atttitudes in Kansas City about Tom Pendergast and cautions Stark about associating with him. She also discusses her work with a life insurance company. 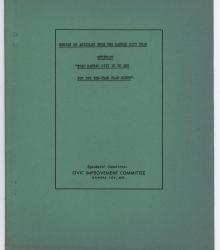 Series of articles from the Kansas City Star entitled "What Kansas City Is to Get for Its Ten-Year Plan Money". It details each proposition to be voted upon in the May 26, 1931 election.

From Charles A. Leedy to Lloyd Stark 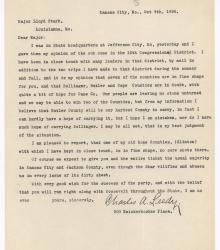 Letter from Charles Leedy to Missouri gubernatorial candidate Lloyd Stark, providing his assessment of the campaign in various counties. 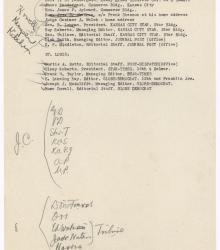 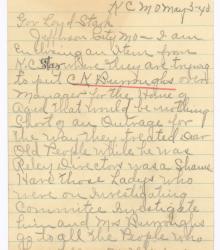 Anonymous letter complaining about the potential appointment of C. K. Burroughs to be the Business Manager of the Jackson County Home for the Aged. 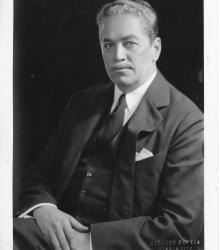 From Guy Park to Joseph Morton 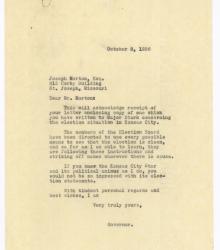 Response letter from Governor Guy Park to Joseph Morton assuring him that the Kansas City Election Board is properly handling voter rolls. He also accuses the Kansas City Star of "political animus." 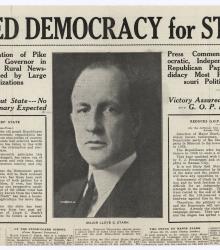 Publication containing excerpts from newspapers throughout the state with endorsements and positive reports for Stark's candidacy for governor. 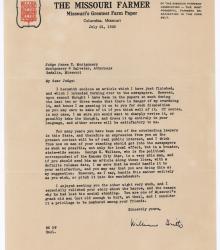 Letter from William Hirth to Judge James T. Montgomery, including an article by Hirth titled "Why the Politicians Hate Stark." The article discusses Stark's work against the Pendergast machine and endorses James Douglas for the Missouri Supreme Court. 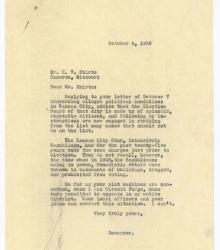 Letter from Governor Guy Park to H. V. Shirts, downplaying the Kansas City Star's recent allegations of election fraud. He indicates that the paper is biased toward Republicans. 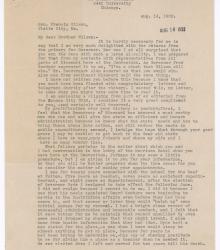 A letter from J. Stuart Morrison to Francis Wilson discussing the circumstances of his departure from the Missouri School for the Deaf, and implying that he would like the appointment if Wilson wins the general election for Governor. 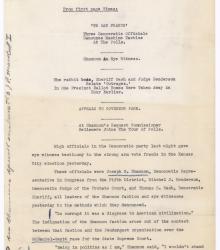 Text of a Kansas City Star article on the August 4, 1936 election in Kansas City. It describes ballot boxes being removed before polls closed, threats made against voters, fake votes, and other problems. Joe Shannon is quoted as saying the election was "so corrupt it was a disgrace to American civilization."