"When and If the City Takes Over the Street Car System" 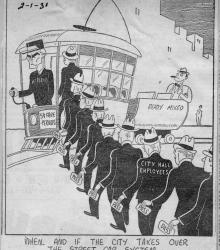 Clipping from the Kansas City Star on February 1, 1931 showing city hall employees with free passes getting onto a street car driven by Henry F. McElroy. A "Ready Mixed" cart is being pulled behind the street car. 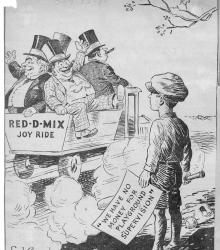 Clipping from the Kansas City Star on April 23, 1931 showing three men (presumably Tom Pendergast, Cas Welch, and Joe Shannon) taking a joy ride while a young boy holds a sign stating, "We have no money for playground supervision." 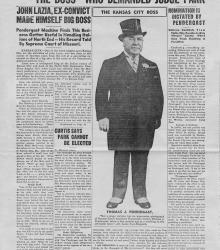 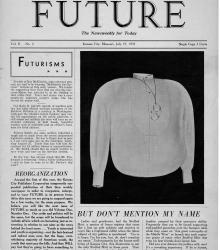 Issue of the anti-corruption, Kansas City-based newspaper, Future: The Newsweekly for Today. 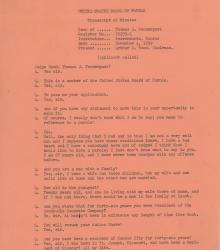 Transcript of minutes from Tom Pendergast's parole hearing before Arthur D. Wood, chairman of the United States Board of Parole. Pendergast notes his health problems, including a bad heart and colostomy, and lack of prior convictions, as reasons he should be released from the penitentiary. 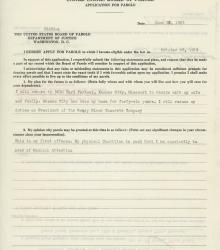 Application for parole made by Tom Pendergast, Inmate #55295, for which he became eligible on October 28, 1939. He states that his plans upon release will be to return to his home to reside with his wife and family, and to return to work as president of Ready Mixed Concrete Company. 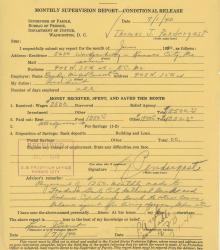 Monthly supervision reports, conducted by Lewis J. Grout, Probation Officer, for Tom Pendergast upon his release from the U.S. Penitentiary at Leavenworth. The reports for the months of July, August, and September, include his residence, his return to work as president of Ready-Mixed Concrete, his wages and expenses, and other remarks. 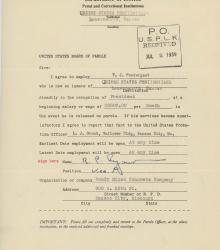 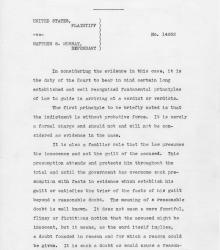 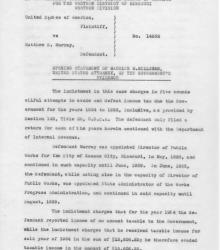 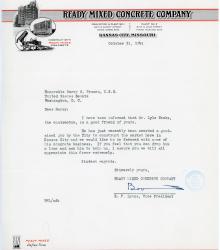