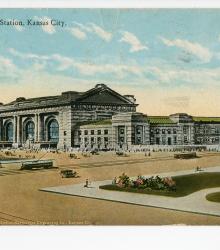 Postcard showing Union Station at the northwest corner of Pershing Road and Main Street in Kansas City, Missouri. This vantage point faces northwest from just east of the intersection of Pershing and Main. The back of the postcard includes a short letter to Mrs. Paul Dinkle of Fayette, Missouri. 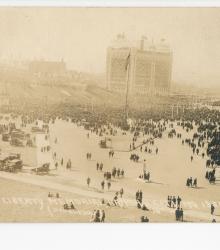 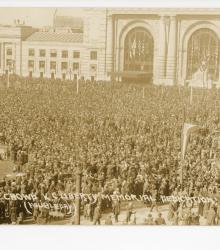 Postcard showing a portion of the spectators from the Liberty Memorial dedication ceremony on November 1st, 1921. This vantage point faces northwest towards Union Station from just south of Pershing Road. 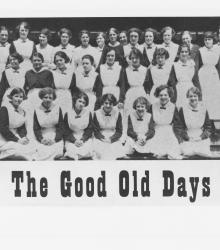 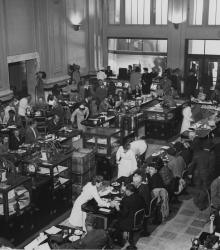 Photograph of an interior view of customers and waitresses at the Atchison, Topeka & Santa Fe Railway Company's Fred Harvey House in Union Station, Kansas City, Missouri. Over 9,000 meals were served at the restaurant in a 24-hour period. 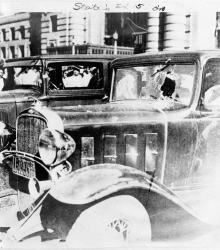 Photograph of a damaged Chevrolet, taken in connection with Criminal Case No. 35160: State of Missouri vs. Adam Richetti. FBI Agent R. J. Caffrey was attempting to transport Frank Nash in this vehicle when Vernon C. Miller, Adam C. 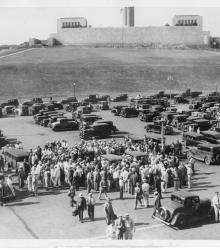 Union Station During a Dust Storm 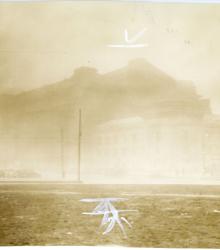 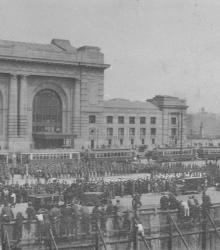 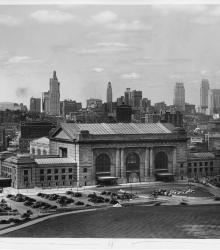 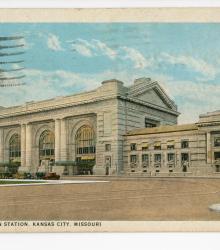