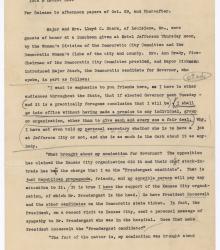 From Mollie Mayerhoff to Mrs. Stark 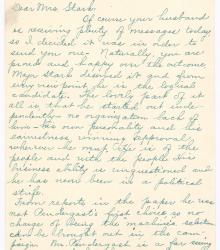 This letter congratulate Mrs. Stark on her husband's selection as the Democratic nominee for governor. Mayerhoff goes on to describe Tom Pendergast and his machine positively indicating that the state would benefit from Stark's association with him. 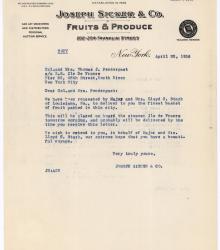 Letter from Joseph Sicker & Co. informing the Pendergasts that Mr. and Mrs. Lloyd Stark had purchased them a fruit basket for their trip aboard the steamship Ile de France.