From Nat K. to Estes Kefauver 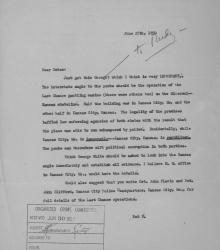 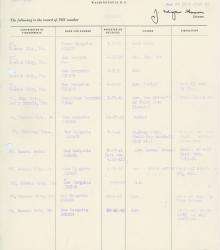 FBI report for Gus Gargotta, including Prohibition violations, bank robbery, murder, and other charges in Kansas City, Omaha, and Wichita. The document also includes biographical information and a physical description. 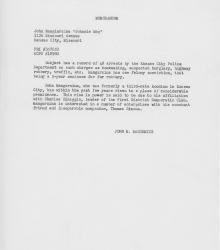 Memorandum regarding "Johnny Mag" Mangiaracina, noting that he has a history of 48 arrests by the Kansas City Police Department, and a felony conviction for fur robbery. Mangiaracina is described as "a third-rate hoodlum" who is affiliated with Kansas City boss Charles Binaggio. 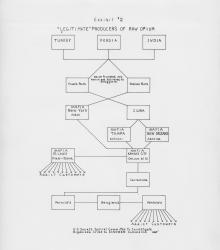 Diagram presented as an exhibit before the U.S. Senate Special Committee to Investigate Organized Crime in Interstate Commerce, popularly known as the Kefauver Committee. 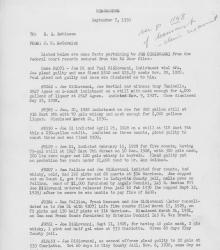 Memorandum regarding Joe DiGiovanni's criminal history, listing charges beginning with a 1920 Prohibition violation to which he plead guilty, and spanning through 1930. DiGiovanni was charged with numerous Prohibition and other liquor violations. 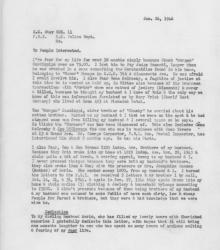 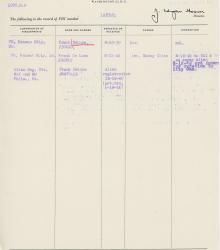 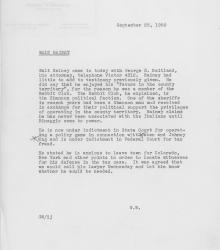 Memorandum describing testimony given by Walt Rainey, a member of the Joe Shannon-led Rabbit Club and associate of Max Jaben and "Johnny Mag" Mangiaracina. Rainey is described as under indictment in state court for operating a "policy game" and in federal court for tax fraud. 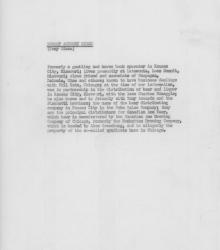 Profile of Tony Gizzo, a former "gambling and horse book operator" with connections to Chicago Mafia figures and with Kansas City's Charles Binaggio. 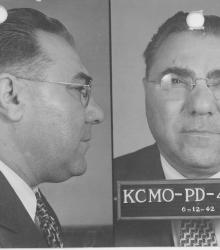 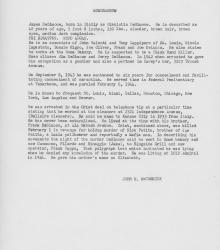 Memorandum regarding James DeSimone, an associate of Kansas City and St. Louis organized crime figures and suspeted Black Hand killer. He also served time on narcotics charges and is believed to have been involved in the murder of Joe Patito, a John Lazia pallbearer.