The Black Archives of Mid-America 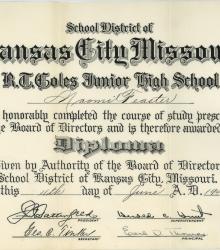 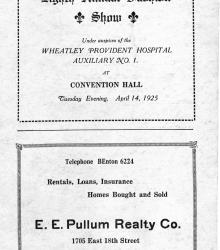 Front cover of the April 14, 1925 program for the Eighth Annual Fashion Show at Convention Hall under the auspices of Wheatley-Provident Hospital Auxiliary No. 1. This excerpt includes an advertisement for the E. E. Pullum Realty Company. 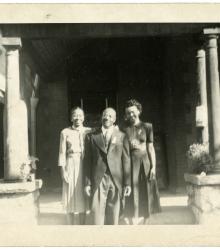 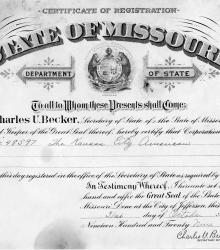 The certificate of incorporation for defunct Democratic Kansas City newspaper, the Kansas City American. This document was issued by Charles U. Becker, the secretary of state for the state of Missouri.

31st Street between Walnut and Grand 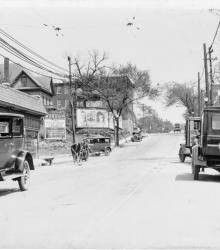 This photograph was taken looking east-northeast on 31st Street just west of Walnut Street in Kansas City, Missouri. An advertisement for the film "Outside the Law" is pictured. 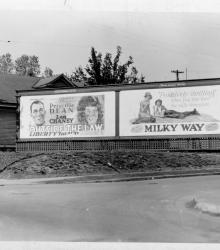 This photograph was taken looking northeast at the intersection of the Prospect Avenue and 17th Street in Kansas City, Missouri. 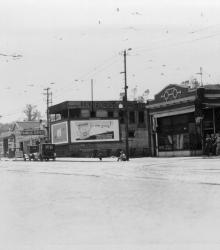 This photograph was taken looking southwest at the intersection of Grand Avenue and Pershing Road. 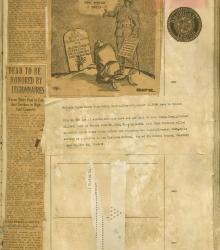 Excerpts of a scrapbook created by the American Legion Wayne Miner Post No. 149, one of the oldest African American posts in the nation. This scrapbook spans the 1930's through the 1950's and includes newspaper clippings documenting their civic activities. Also included are correspondence to the relatives of U.S. 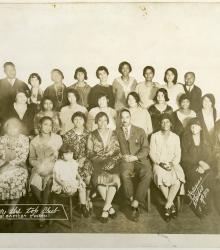 Photograph of the members of the Over the Top Club, part of the congregation of the Vine Street Baptist Church. This photograph was taken by Williams Photo Studio, Kansas City, Missouri, sometime before 1931 when the church moved to 2501 The Paseo and was renamed Paseo Baptist Church. 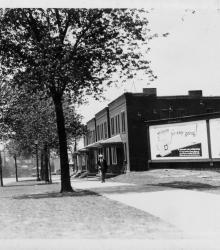 This photograph was taken looking west on the northwest corner of Admiral Boulevard and Harrison Street in Kansas City, Missouri. The buildings pictured have since been demolished for the construction of Interstate Highway 70. 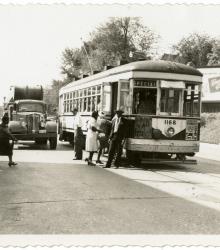 Early 1940s photograph of Macedonia Baptist Church congregation members as they depart on a trolley ride to Fairyland (7501 Prospect Avenue) for an annual church picnic there. Reverend Preston Allen, Sr. is pictured standing at the door of the streetcar parked near 22nd Street and Troost Avenue. 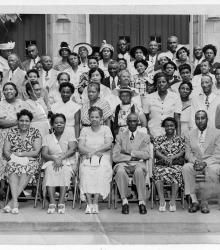